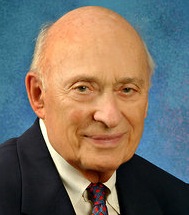 Dr Lester Breslow discovered the first scientific and cohesive list of characteristic behaviours which can prolong life and reduce disability.

The behaviours are as follows:

The more of these guidelines you follow the better your chance of living a longer life but also your chances of being disabled would diminish.
Those with four or more good health habits had a disability rate of 12.2 % ten years after the survey began.
Those with two or three a rate of 14.1%
Those with one or none 18.7%

Data for this study were gathered by questionnaires from adult residents in Alameda County, California in 1965.

More information about Dr Breslow and his achievements which included doing some of the earliest definitive studies on the harmful effects of smoking is readily available on line.