Rugby injuries are commonly treated by osteopaths- particularly here in Harrogate! This very interesting article from Durham University gives some of the latest insight into the long term impact of rugby injuries:

This article is courtesy of Durham University and the full article can be read via the following link:https://www.dur.ac.uk/research/news/item/?itemno=42222

Rugby players continue to suffer from their high ‘injury load’ after retirement from the sport.
This is according to the first independent study looking at the health of retired rugby players.
The researchers, led by our sport and exercise scientists, are calling for governing bodies, to step up their efforts to prevent, in particular, recurrent injuries in rugby and ensure players are supported post-retirement.
Post-retirement impact
In the study, both elite and amateur rugby union and league players reported suffering back pain and severe and regular joint pain which they attributed to the long-term impacts of their cumulative injuries post-retirement.
The findings come after t 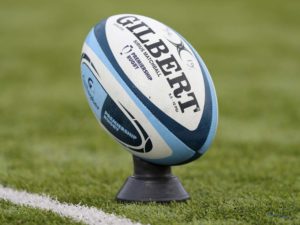 he Rugby World Cup in Japan in 2019 saw a number of issues with high tackles and dangerous play leading to injuries.

Concussion was the most common injury amongst rugby players with most suffering at least one concussion during their career and with this injury most associated with reported longer term impact.
Around half of all players had sustained a knee ligament injury with 25 per cent experiencing on-going problems.

Osteoarthritis – a condition that causes joints to become painful and stiff – was twice as common amongst elite rugby players compared to non-contact athletes and was associated with previous injuries and surgery.
Injury recovery
Although there have been initiatives and rule changes to try and make the game safer, the study shows the rates of injury across a player’s entire career are still very high. The game is now also faster and players are bigger than they used to be so the impacts are greater.
The research team stress there is a need for better injury recovery and prevention of recurrent injuries.
They suggest that having less players on the pitch and providing more opportunity for evasion could be some of the ways to try and reduce injury rates. This should be in addition to medics encouraging sensible injury recovery times with full support from the clubs.
The study looked at the types and number of injuries suffered by 254 male elite and amateur rugby code players, and non-contact athletes, such as cricketers.