Why looking good is a real pain for millions of Britons 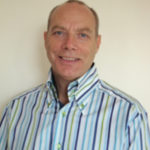 Millions of Britons are injured each year by their clothing researchers said recently, with nearly one in two adults suffering aches, pains or injuries from bras, wallets, hats or other items.

About six in ten women have been affected by wearing a bra that did not fit well, one in five have experienced friction injuries from wearing thongs and one in ten men have suffered numbness in their groin area as a result of carrying a wallet while wearing jeans that did not allow enough room, according to the British Osteopathic Association. One in eight adults also said they had headaches from wearing a hat that was too tight.

Kelston Chorley, the Head of Professional Development at the BOA, said “People always want to look up to date and wear the current fashion, even if it is not best suited physically to them”.